The Republic of Senegal has a population of around 13 million and over 94% of the population is Muslim. It is one of Africa’s most politically and economically stable, safe, and rapidly growing country in West Africa. With its capital city of Dakar located on the Cap-Vert Peninsula on the Atlantic coast and is the western most city on the African mainland, Senegal is also one of the gateways to the whole African Continent. Its position, on the western edge of Africa, is an advantageous departure point for trans-Atlantic and European trade; this fact aided its growth into a major regional port. The town serves as a port and is home to the Leopold Sedar Senghor International Airport. It is also the terminus of the Dakar-Niger railroad line.

The Port of Dakar is the first major port-of-call from Europe and is well served by major shipping lines. The Port serves as an entrepot transshipment center for landlocked nations in West Africa. The Port of Dakar has deep draft at 11 meters and a wide access channel, which allows around-the-clock access.

Dakar has semi-arid climate, with a short rainy season and a lengthy dry season. Dakar’s rainy season lasts from July to October while the dry season covers the remaining eight months.

Dakar between December and May is usually pleasantly warm with daily temperatures around 24-27 degrees. Nights during this time of the year are comfortable, some 17-20 degrees. However, between May and November the city becomes decidedly warmer with daily highs reaching 29-31 degrees and night lows a little bit above 23-24 degrees.

Main attractions in Dakar are the Dakar Grand Mosque (built in 1964), one of the most important religious building in the city. Gorée Island, a destination for people interested in the Atlantic slave trade. IFAN Museum of West African culture, one of the oldest art museums in West Africa, the African Renaissance Monument, a 49 m (160ft) high bronze statue. Other attractions are cliff top walks, beaches, major markets, and Hann Park, home to Senegal Zoo.

There are huge opportunities to be explored by Malaysian exporters in Senegal. The lack of presence by products from other ASEAN countries in Senegal, Malaysian products and services stand a good chance in creating strong presence and branding.

Although Senegal’s domestic market is relatively small, there are huge business opportunities and it remains an excellent choice for companies interested to penetrate into markets of other West African countries in the region. As one of Africa’s most politically and economically stable and safe country, Senegal could also be used as a base to penetrate into other Francophone Countries and The Economic Community of West African States (ECOWAS), including Togo, Benin, Burkina Faso, Guinea, Mali, Mauritania, Niger and Guinea Bissau.

2. OBJECTIVES OF THIS MISSION

• To explore business opportunities, establish business networks, create awareness and promote Malaysian made products
• To obtain first hand information on the practical aspects of doing business in Senegal, especially with the Muslim Communities in the region
• To meet potential business partners in Dakar, Senegal
• One on one meetings with local Senegalese business people

This Mission was successfully completed on 30 September 2013 and was a memorable experience for all the delegates for their first business trip to Africa.

On behalf of Malaysian Exporters Association (Mexpa), we would like to thank our Embassy Malaysia to Senegal for their kind assistance to make this Mission a success. Special thanks to Mr. Jeremiah Oliver and Mr. Amadou Bamba Wele who have helped to arrange the visiting programs, En. Shahafeez, En. Ildy Abdul Rashid Ahmad and Puan Sukinah for their warm reception and assistance during meetings and business matching.

Based on the various meetings conducted with the relevant authorities during the visits, it seems that Senegal today trades more with emerging markets than with the developed countries; however, most of the foreign direct investment the country received recently has come from emerging nations including China, Brazil, India and the Middle East. Most new FDI is linked to the modernization of Senegal or recapitalization to improve the financial situation in key sectors. Europe remains the largest trading partner, but its share has declined and slowly taken over by countries from Asia.

Local Senegalese businessmen are keen to do business with Malaysians and have visited our Malaysian Embassy in Dakar to look for business contacts. Therefore, there are hugh opportunities for us to introduce our Malaysian made products and services, including using Dakar to penetrate into the markets of neighboring Francophone and ECOWAS countries.

Besides, we should also focus on the opportunity of Halal Products & Services such as food items and the awareness on the application of Halal cosmetic and skincare products, logistics and transportation of Halal items should also be addressed. Trade Show on Malaysian Halal products and awareness campaigns as advised by one of the businessmen can be considered.
Sectors identified for Malaysian exporters are : 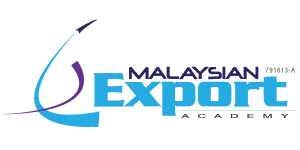